The country, officially the Russian Federation, which is commonly referred to as Russia, is located partly in Eastern Europe and partly in North Asia; it borders the Arctic Ocean to the north.

With an area of 17,098,242 km², the country is more than twice the size of the contiguous United States. It is the largest country in the world (by area) and covers more than 11% of the Earth’s landmass. However, vast regions of the country were uninhabited or uninhabitable.

Russia is a country with a low population density (8.5 people/km², compared with Germany 226 people/km², and the USA about 33 people/km²). But still, Russia has a population of 146.8 million people (in 2020), it is the number 9 in the Top 10 of the most populous countries. Most Russians live in the westernmost fifth of the country in the European part of Russia.

The capital and largest city is Moscow, the core of political power and the center of culture and trade. St. Petersburg, the former imperial capital, is Russia’s second-largest city and an important Russian port on the Baltic Sea. 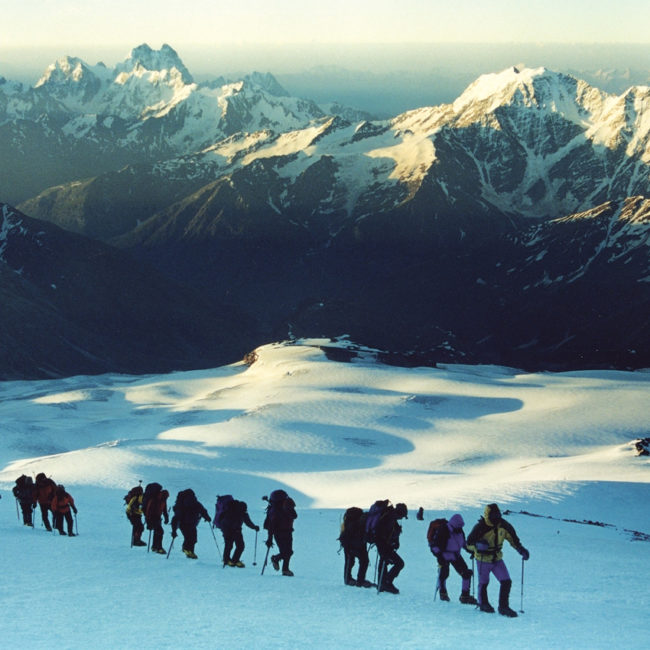 Travelers are required to get a visa before entering Russia. Refer to your tour operator for the type of visa that you will need. Incoming travelers also need to have a passport with a remaining validity of six months from the date of entry.

Make sure you are up-to-date on all routine vaccines before every trip. Some of these vaccines include

Everyone 16 years of age and older should get fully vaccinated for COVID-19 before travel.

You also need to be vaccinated for Hepatitis A and B.

The climate of Russia is formed under the European peninsula. The enormous size of the country and the remoteness of many areas from the sea result in the dominance of the continental climate, which is prevalent in European and Asian Russia except for the tundra and the best extreme southwest. Mountains in the south obstructing the flow of cold air masses from the Arctic Ocean and the plain of the south and north makes the country open to Pacific and Atlantic influences.

Due to the moderating influence of the Atlantic or Pacific, most areas of the country in European Russia, in the south of West Siberia and in the south of the Russian Far East, including the cities of Moscow and Saint Petersburg, experience a humid continental climate. (Köppen’s Dfb, Dfa, Dwb, Dwa types). Most of Northern European Russia and Siberia between the Scandinavian Peninsula and the Pacific Ocean has a subarctic climate, with extremely severe winters (Dfd, Dwd) in the inner regions of Northeast Siberia (mostly the Sakha Republic, where the Northern Pole of Cold is located with the record low temperature of −69 °C or −92.2 °F), and more moderate (Dwc, Dfc) elsewhere.

The strip of land along the shore of the Arctic Ocean, as well as the Arctic islands, have a polar climate (ice cap climate (EF) on some of the islands and tundra climate (ET) elsewhere). A small portion of the Black Sea coast, most notably in Sochi, possesses a humid subtropical climate (Köppen’s Cfa) with unusually wet winters. Winter is dry compared to summer in many regions of East Siberia and the Far East (Dwa, Dwb, Dwc, Dwd types), while other parts of the country experience more even precipitation across seasons. Winter precipitation in most parts of the country usually falls as snow. The region along the Lower Volga and Caspian Sea coast, as well as some areas of southernmost Siberia, possess a semi-arid climate (BSk). The city of Kaliningrad has an Oceanic climate (Cfb) due to its relatively mild (avg. above -3C) winters and cool summers.

About 65% of the Russian territory is underlain by permafrost.

Russia is served by an extensive system of automatic telephone exchanges connected by modern networks of fiber-optic cable, coaxial cable, microwave radio relay, and a domestic satellite system; cellular telephone service is widely available, expanding rapidly, and includes roaming service to foreign countries. Fiber to the x infrastructure has been expanded rapidly in recent years, principally by regional players including Southern Telecom Company, SibirTelecom, ER Telecom and Golden Telecom. Collectively, these players are having a significant impact on fiber broadband in regional areas, and are enabling operators to take advantage of consumer demand for faster access and bundled services.

Russia operates on a 220V supply voltage and 50Hz. It has a single synchronous electrical grid encompassing much of the country. Electricity generation is based largely on gas (46%), coal (18%), hydro (18%), and nuclear (17%) power. 60% of thermal generation (gas and coal) is from combined heat and power plants.

The Centers for Disease Control and Prevention (CDC) has issued a Level 4 Travel Health Notice for Russia due to COVID-19, indicating a very high level of COVID-19 in the country. Visit the Embassy’s COVID-19 page for more information on COVID-19 in Russia. There are restrictions in place affecting U.S. citizen entry into Russia.

If you decide to travel to Russia:

2. Visit the CDC’s webpage on Travel and COVID-19.

3. Monitor local media for breaking events and adjust your plans based on news information.

5. Have travel documents up to date and easily accessible.

6. Enroll in the Smart Traveler Enrollment Program (STEP) to receive Alerts and make it easier to locate you in an emergency.

7. U.S. citizens who travel abroad should always have a contingency plan for emergency situations and a plan to contact family to let them know you are safe. Review the Traveler’s Checklist.

Ruble, also spelled rouble, the monetary unit of Russia (and the former Soviet Union) and Belarus (spelled rubel). The Russian ruble is divided into 100 kopecks. You are advised to carry cash, an ATM card, traveler’s check, or a credit card for emergency transactions. Many hotels, lodges, and camps will accept credit cards, however we strongly suggest that you withdraw cash when visiting remote areas and villages.

The Russians are an East Slavic ethnic group native to Eastern Europe, who share a common Russian ancestry, culture, and history. Russian, the most spoken Slavic language, is the shared mother tongue of the Russians; and Orthodox Christianity has been their historical religion since the 11th century. They are the largest Slavic nation, as well as the largest European nation.

Of the total 258 million speakers of Russian in the world, roughly 134 million of them are ethnic Russians. The vast majority of Russians live in native Russia, but notable minorities are scattered throughout other post-Soviet states such as Belarus, Kazakhstan, Moldova, Ukraine and the Baltic states. A large Russian diaspora (sometimes including Russian-speaking non-Russians), estimated at over 20-30 million people, has developed all over the world, with notable numbers in the United States, Germany, Brazil, and Canada.

Of all the languages of Russia, Russian, the most widely spoken language, is the only official language at the national level. There are 35 languages which are considered official languages in various regions of Russia, along with Russian. There are over 100 minority languages spoken in Russia today. The new approved amendments to the Russian Constitution stipulate that Russian is the language of the “state forming people”. With president Vladimir Putin’s signing of an executive order on July 3, 2020 to officially insert the amendments into the Russian Constitution, they took effect on July 4, 2020.

In 2021, the Russian Public Opinion Research Center (VCIOM) estimated that 66% of Russians were Orthodox Christians, 1% were Protestants, 1% were Buddhists, 6% were Muslims, 2% belonged to other religions, 24% had no religion in particular and 1% were unsure about their belief. The survey also found that only 43% of those under the age of 25 declared themselves to be Orthodox Christians, while 12% identified as Muslims and 44% had no religion.

Russia has a mixed economy. It’s come a long way since the 1991 breakup of the Soviet Union and its command economy.

Today, the government only owns the oil and gas industries. Gazprom is Russia’s state-owned gas company and owns the world’s largest gas reserves.5 But the reserves are declining and prices have fallen. The state owns 40.4% of Rosneft, British Petroleum owns 19.75%, and the rest is publicly-traded.6 But Rosneft has severe financial problems. The other former state industries have been privatized.

Most experts agree that Russia’s economy is controlled by a small circle of powerful oligarchs. These wealthy insiders own or manage most important Russian businesses. Contrary to popular opinion, President Vladimir Putin doesn’t control the oligarchy. Instead, he mediates their competing interests.