Antarctica, fifth in size among the world’s continents. Its landmass is almost wholly covered by a vast ice sheet.

Often described as a continent of superlatives, Antarctica is the world’s southernmost continent. It is also the world’s highest, driest, windiest, coldest, and iciest continent. Antarctica is about 5.5 million square miles (14.2 million square km) in size, and thick ice covers about 98 percent of the land. The continent is divided into East Antarctica (which is largely composed of a high ice-covered plateau) and West Antarctica (which is largely an ice sheet covering an archipelago of mountainous islands).

The continental ice sheet contains approximately 7 million cubic miles (about 29 million cubic km) of ice, representing about 90 percent of the world’s ice and 80 percent of its fresh water. Its average thickness is about 5,900 feet (1,800 metres). Ice shelves, or ice sheets floating on the sea, cover many parts of the Ross and Weddell seas. These shelves—the Ross Ice Shelf and the Filchner-Ronne Ice Shelf—together with other shelves around the continental margins, fringe about 45 percent of Antarctica. Around the Antarctic coast, shelves, glaciers, and ice sheets continually “calve,” or discharge, icebergs into the seas.

The continent is a cold dry desert where access to water determines the abundance of life. While the terrestrial ecosystem contains more than a thousand known species of organisms, most of these are microorganisms. Maritime Antarctica—the islands and coasts—supports more life than inland Antarctica, and the surrounding ocean is as rich in life as the land is barren. 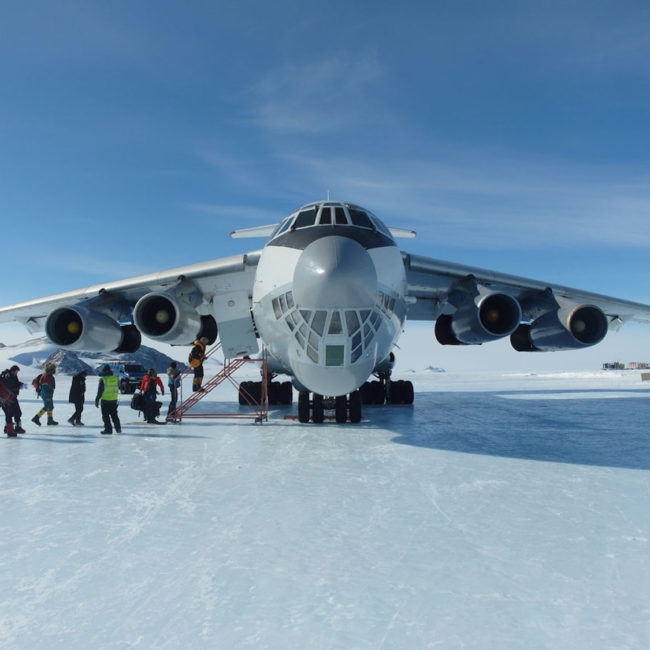 Because of the current situation in Antarctica even fully vaccinated travelers may be at risk for getting and spreading COVID-19 variants and should avoid all travel to Antarctica.

If you must travel to Antarctica, get fully vaccinated before travel. All travelers should wear a mask, stay 6 feet from others, avoid crowds, and wash their hands.

Upon boarding a cruise ship or plane to Antarctica, you will have to present a valid passport.

Because of the Antarctica Treaty, no visa is required. However, you need to obtain a permit.

The Antarctic Treaty’s Protocol on Environmental Protection in 1998 states that all visitors to Antarctica (who are citizens of one of the countries that signed the Antarctica Treaty) must obtain a permit to enter.

If you are travelling by cruise ship then you will most likely not need to worry about this as your operator will get the permit for you. However, it’s always advised that you check with your Antarctica cruise operator prior to departure.

No vaccinations are required when visiting Antarctica.

Antarctica is a frozen desert with little precipitation, the South Pole receives less than 10 cm (4 in) per year, on average. Temperatures reach a minimum of between −80 °C (−112 °F) and −89.2 °C (−128.6 °F) in the interior in winter and reach a maximum of between 5 °C (41 °F) and 15 °C (59 °F) near the coast in summer. Sunburn is often a health issue because of the sun reflection on the snow surface. Given the latitude, Antarctica goes long periods of constant darkness or constant sunlight.

The international access code for Antarctica is +672, and the outgoing code is 00, followed by the relevant country code. City/area codes are in use, e.g. (00 672 12…) for Casey Base. Satellite telephone and postal facilities exist only at established research stations. Antarctica has satellite internet, however it’s used mainly by researchers and is available only for a few hours a day.

Electrical current is 120 volts cycling at 60Hz. Plugs are typically the 2 pronged round type.

Read the Department of State’s COVID-19 page before you plan any international travel.

The Centers for Disease Control and Prevention (CDC) has not issued a Travel Health Notice for Antarctica due to COVID-19, indicating an unknown level of COVID-19.

If you decide to travel to Antarctica:

Visit the CDC’s webpage on Travel and COVID-19.

Travel with a professional guide or organization.

Enroll in the Smart Traveler Enrollment Program (STEP) to receive security messages and make it easier to locate you in an emergency.

U.S. citizens who travel abroad should always have a contingency plan for emergency situations. Review the Traveler’s Checklist.

There is no Antarctic currency. However, if you visit Port Lockroy in the Antarctic Peninsula, US dollars, Pound Sterling and Euro are accepted. Visa and MasterCard credit cards are accepted as well. All card transactions will be charged in US dollars.

Be sure to inform your credit card company as well as your bank you will travel internationally into Antarctica. This will eliminate any credit card holds for fraudulent activity.

Antarctica does not and has never had an indigenous population (there are no native human Antarcticans). Most of the people that inhabit the continent semi-permanently are researchers and scientists.

The most commonly spoken language of Antarctica is Russian, which happens to be the official language of Bellingsgauzenia, New Devon, and Ognia. English is also one of the most widespread languages spoken. You can find English spoken in the Balleny Islands, New South Greenland, Eduarda, etc.

Christianity is the major religion in the Antarctica with over 70% of the population identifying with the religion. Islam was brought to Antarctica through the Pakistan program at Jinnah Antarctica Station. Muslims in the region account for 2.7% of the population. While the majority of the residents of Antarctica are Christians, about 24% are irreligious or atheists. Most of the people on the continent have not revealed their religion by choice and are therefore grouped as irreligious.

Antarctica is not a country: it has no government and no indigenous population. Instead, the entire continent is set aside as a scientific preserve. The Antarctic Treaty, which came into force in 1961, enshrines an ideal of intellectual exchange. Military activity is banned, as is prospecting for minerals.

There is no economic activity in Antarctica at present, except for fishing off the coast and small-scale tourism, both based outside Antarctica. Although coal, hydrocarbons, iron ore, platinum, copper, chromium, nickel, gold and other minerals have been found, they have not been in large enough quantities to exploit.