Go back in time

Bhutan, officially known as the Kingdom of Bhutan, is located at the eastern end of the Himalayas and bordered to the south, east and west by India and to the north by China.

Bhutan’s landscape ranges from subtropical plains in the south to sub-Alpine Himalayan heights in the north, with some peaks exceeding 7000m (23,000ft) in height. Stone tools, weapons, elephants, and remnants of large stone structures provide evidence that Bhutan was inhabited as early as 2000BC.

Bhutan existed as a patchwork of minor warring fiefdoms until the early 17th century, when the area was unified by the Shabdrung Ngawang Namgyal, who was guided by a prophecy, and fled religious persecution in Tibet and cultivated a separate Bhutanese identity. Namgyal built a network of impregnable dzong (fortresses) to defend against Tibet forays. These dzong still exist and are active centers of administration, religion, and tourism.

After Namgyal’s death, Bhutan fell into civil war and Tibet attacked again, the assault was thwarted and finally an armistice was signed in 1759. In the 18th century, Bhutanese invaded the kingdom of Cooch Behar, which led to the Duar War, which involved the British – border skirmishes would continue for 100 years. In 1907, Ugyen Wangchuck was unanimously chosen as the hereditary king of the country by an assembly of leading Buddhist monks after many years of civil wars and rebellions.

In the late 1980’s, the country expelled or forced to leave nearly a fifth of its population in the name of preserving its Tibetan Mahayana Buddhist culture and identity. In one of the world’s least known episodes, and what many scholars believe was an ‘ethnic cleansing’, the Nepali-origin Hindu Bhutanese fled their homeland. By 2008, 107,000 Bhutanese were living in seven camps in eastern Nepal.

Today, Bhutan is the only country to measure happiness (Gross National Happiness). 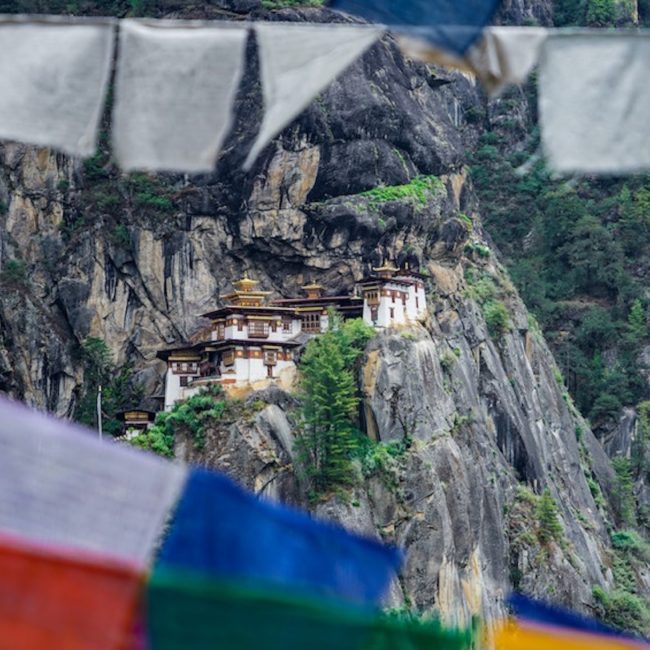 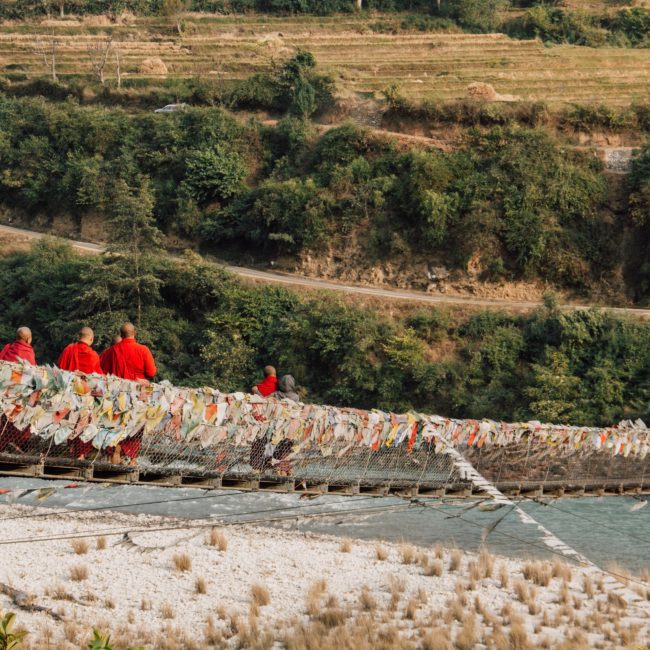 The Centers for Disease Control and Prevention (CDC) has issued a Level 1 Travel Health Notice for Bhutan due to COVID-19, indicating a low level of COVID-19 in the country.  Visit the US Embassy’s COVID-19 page for more information on COVID-19 in Bhutan.

You will need a passport and Visa to enter and exit Bhutan. All visas are approved from Thimphu and are only issued to tourists booked with a local licensed tour operator, directly or through a foreign travel agent. You need to pay $20 to get your passport stamped at Immigration upon arrival. Visas are issued for a 15 day period. The Bhutanese Department of Tourism sets a non-negotiable minimum daily tariff for all visitors to Bhutan for all accommodation, meals, transportation, services of licensed guides and porters, and other cultural programs of $250 per person per day. Entry by Air is only via India, Bangladesh, Nepal, and Thailand – China is closed. Visitors staying longer than 15 days have to present results of HIV/AIDS tests.

Hepatitis A and B, Tetanus, and Typhoid immunizations are recommended for all travelers going into Bhutan. Malaria prophylaxis is recommended for travel in rural areas below an altitude 1700 meters in the southern belt districts along the border with India. You should consult your local doctor or physician to advise which malaria medication is best suited for you. Dengue is a risk in areas near the south from July to December. Yellow Fever is not required by Immigration, but officials will ask you for proof of certificate if you are coming from a country with Yellow Fever. Information on vaccinations and other health precautions, such as safe food and water precautions and insect bite protection, may be obtained from the CDC’s Internet site at http://www.cdc.gov/travel.

The climate in Bhutan varies with altitude, from subtropical in the south to temperate in the highlands and polar-type climate – with year-round snow – in the north. Bhutan experiences five distinct seasons: summer, monsoon, autumn, winter and spring. Western Bhutan has the heavier monsoon rains; southern Bhutan has hot humid summers and cool winters; central and eastern Bhutan is temperate and drier than the west with warm summers and cool winters.

Make two copies of every document such as your passport, tickets, visas and travelers’ cheques.  Keep one copy with you in a separate place to the original and leave another copy with someone at home.

Be sure to inform your credit card company and your bank you will travel internationally into Bhutan. This will eliminate any credit card holds for fraudulent activity.

It is strongly advised to carry cash, an ATM card, traveler’s check, and a credit card that can be used for cash advances in case of emergency. The best places to exchange money are normally bureau de change, which are fast, have longer hours and often give slightly better rates than banks. Local currency is Ngultrum (BTN) equal to the Indian Rupee (INR), which is also accepted. Many hotels, lodges, and camps will accept credit cards, however it is advised to withdraw cash when visiting remote areas and villages.

There are many ethnic groups in Bhutan, and no one group constitutes a clear majority of the Bhutanese population. The Bhutanese population comprises four main ethnic groups, which themselves are not necessarily exclusive: the politically and culturally dominant Ngalop of western and northern Bhutan; the Sharchop of eastern Bhutan; the Lhotshampa concentrated in southern Bhutan; and Bhutanese tribal and aboriginal peoples living in villages scattered throughout Bhutan.

Bhutanese, or Dzongkha, is the language of the Ngalop. It is a Southern Tibetan language that is partially related to Sikkimese. It’s spoken natively by 25% of the population. Tshangla, the language of the Sharchop and the principal pre-Tibetan language of Bhutan, is spoken by a similar number of people. It is not easily classified and may constitute an independent branch of Tibeto-Burman. Nepali-speaking peoples constituted some 40% of the population as of 2006. The larger minority languages are Dzala (11%), Limbu (10%, immigrant), and Kheng (8%)

It is estimated that between two thirds and three quarters of the Bhutanese population follow Vajrayana Buddhism, which is also the state religion. About one third are Hindus. Other religions account for less than 1% of the population.

Bhutan’s system of government is a constitutional monarchy.

Bhutan’s economy is one of the smallest in the world. It is largely based on agriculture, forestry, tourism and the sale of hydroelectric power to India. Agriculture provides the main livelihood for more than 80% of the population. Agrarian practices consist largely of subsistence farming and animal husbandry. Handicrafts, particularly weaving and the manufacture of religious art for home altars, are a small cottage industry. A landscape that varies from hilly to ruggedly mountainous has made the building of roads and other infrastructure difficult and expensive. This, and a lack of access to the sea, has meant that Bhutan has not been able to benefit from significant trading of its produce. Bhutan does not have any railways, though Indian Railways plans to link southern Bhutan to its vast network. This is because India and Bhutan have a free trade agreement. Bhutan had trade relations with Tibet but then closed its border with China.