Patagonia is worth it.

The Argentine Republic is a country in South America, bordered by Chile to the west and south, Bolivia and Paraguay to the north, and Brazil and Uruguay to the northeast.

Argentina claims sovereignty over part of Antarctica, the Falkland Islands. It is the largest country in the world among Spanish-speaking nations. Argentina was sparsely populated until the period of European colonization. Settlements were established by the Viceroyalty of Peru. Viceroyalty of Peru was established by Spain encompassing all of its holdings in South America. The Spanish established Viceroyalty of the Rio de la Plata and Buenos Aires became a flourishing port. The overthrow of the Spanish king and criticism of monarchic authorities was the catalyst to the Spanish American wars of independence across the continent, a revolution of independence between patriots and royalists. Jose de San Martin made the Crossing of the Andes, securing the independence of Chile. The fight went to the royalist stronghold of Lima. San Martin’s military campaigns complemented those of Simon Bolivar in Gran Colombia and led to the independence victory. Since colonial times, huge territories were under the control of indigenous peoples. All governments since then attempted in some way to stay in good terms, kill them, or push them to farther frontiers. Juan Peron became highly popular among workers with improved wages and working conditions. His wife Eva Peron was highly popular and played a central role in social assistance to the most vulnerable sectors of society. Guerilla warfare began after a military coup. Peron who was exiled in Spain came back to be president. Military coups brought power back to the Junta and killed thousands of guerillas, free elections happened in 1983. Nestor Kirchner helped end economic crisis in modern Argentina and later advocated his wife Cristina Fernandez de Kirchner to become president.

Argentina has six main regions; The Pampas, fertile lowlands, The Mesopotamia, lowland enclosed by rivers, Gran Chaco, between Mesopotamia and the Andes, Cuyo, the east side of the Andes (optimal area for large scale growth of grape vines), Argentine Northwest, and The Patagonia, a large plateau to the south (with species of penguins and orca whales). The highest point above sea level is in Mendoza at Cerro Aconcagua 6959m (22,831ft), the highest point in the Southern and Western Hemisphere. 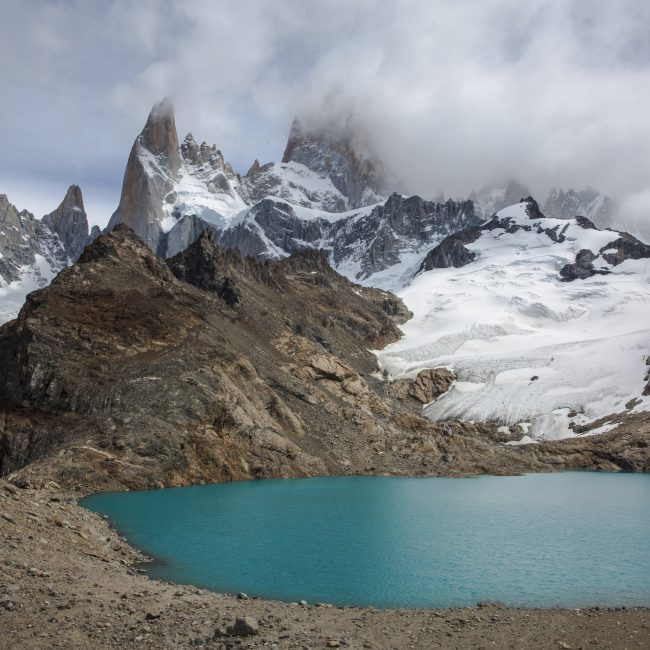 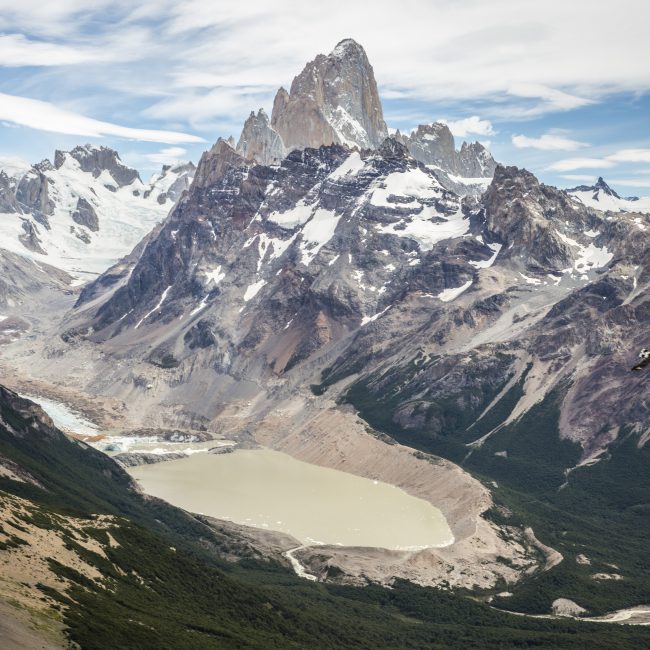 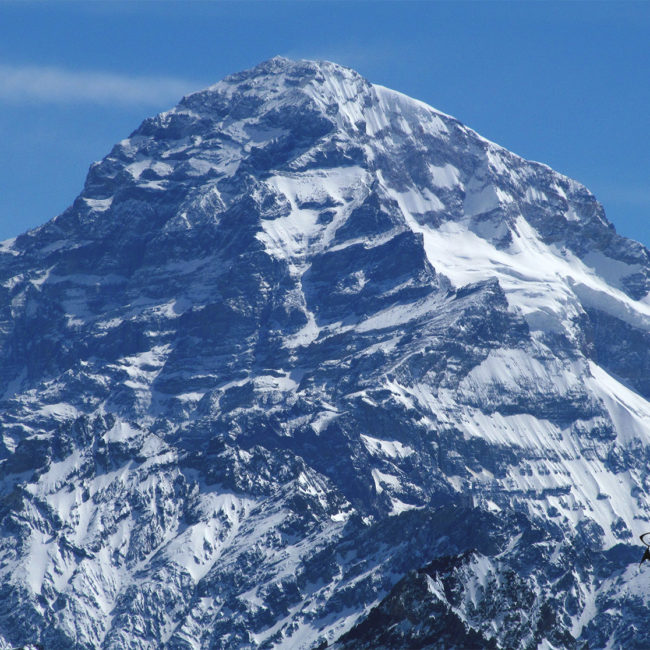 Argentina announced Friday that COVID-19 restrictions have been extended until 21 May.

In a televised address the president said the “priority is to take care of health and life”.

“We are taking measures based on epidemiological and sanitary criteria, considering first the number of cases in the population,” said Fernandez.
He also urged citizens to stay at home and only leave their homes if it is “essential”.

Under the new measures, Argentina will be divided into four zones of “epidemiological and sanitary risk” — ranging from “low, medium, high, and alarm”.

Argentina Visas are issued on arrival for stays of up to 90 days. US Citizens pay $160 per person when arriving at any of the major airports in Buenos Aires. A passport valid for six months after the date of entry is required. Visitors must hold return/onward tickets and all documents required for their next destination.

Hepatitis A and B, Tetanus, and Typhoid immunizations are recommended for all travelers. Information on vaccinations and other health precautions, such as safe food and water precautions and insect bite protection, may be obtained from the CDC’s website.

Argentina is subject to a variety of climates. The north of the country, including latitudes in and below the Tropic of Capricorn, is characterized very hot, humid summers (which result in a lot of swamp lands) with mild drier winters, and is subject to periodic droughts during the winter season. Central Argentina has hot summers with tornadoes and thunderstorms (in western Argentina producing some of the world’s largest hail), and cool winters. The southern regions have warm summers and cold winters with heavy snowfall, especially in mountainous zones. Higher elevations at all latitudes experience cooler conditions. In winter (June to August) major winds include the cool Pampero blowing on the flat plains of Patagonia and the Pampas. In Northern region, spring (September and November) is very short, but progressively lasting more southwards. During mid-October a large variety of wild and urban flora fully blossom. Thunderstorms and hailstorms are frequent. In summer (December and March) temperatures are more diverse. Autumn (April and May) is generally mild, windy and progressively lasting more southwards. Some forests and vineyards can bring along autumn foliage, with its red and orange leaves, especially in mid-April.

Argentina operates with an electrical current of 220 volts cycling at 50Hz. The main plug type is Type C which has two circular pins.

The Centers for Disease Control and Prevention (CDC) has issued a Level 4 Travel Health Notice for Argentina due to COVID-19, indicating a very high level of COVID-19 in the country. There are restrictions in place affecting U.S. citizen entry into Argentina. Visit the Embassy’s COVID-19 page for more information on COVID-19 in Argentina.

If you decide to travel to Argentina:

The local currency is Argentine Peso (ARS), for now most tourist places accept USD, but it is always better to carry pesos. Better hotels, lodges, and camps will accept credit cards, however it is advised to have cash on hand when visiting remote areas and villages.

Carrying cash, an ATM, traveler’s check card, and a credit card that can be used for cash advances in case of emergency is advised. The best places to exchange money are normally bureau de change, which are fast, have longer hours and often give slightly better rates than banks.

Argentina’s population is overwhelmingly European in origin (principally from Spain and Italy); there is little mixture of indigenous peoples. An estimated 97% of the people are of European extraction, and 3% are mestizo, Amerindian, or of other nonwhite groups. The pure Amerindian population has been increasing slightly through immigration from Bolivia and Paraguay.

Spanish is the national language, although in Argentina it is spoken in several accents and has absorbed many words from other languages, especially Italian. Dialects can be heard from Basque, Sicilian, Welsh and Gaelic. An underworld language called lunfardo developed in Buenos Aires composed of words from many languages – Italian, Portuguese, Spanish, French, German, Africa. Lunfardo is now often heard in lyrics of tango music.

Officially 90% of Argentines are Roman Catholic. Although the Constitution states that the federal government is Roman Catholic, it also guarantees freedom of religion. Argentina has many Jews and Muslims, as well as members of Russion, Greek, Syrian Orthodox churches and Prtestant denominations. Some indigenous people follow traditional beliefs like in the northwestern province of Salta and Jujuy.

Argentina functions with a federal government system, a presidential representative democratic republic, whereby the president is both head of state and head of government.

The economy of Argentina is an upper middle-income economy, and Latin America’s third-largest. The nation has a high quality of life and GDP per capita, which since 2011 the highest in latinamerica. The country benefits from rich natural resources, a highly literate population, an export-oriented agricultural sector and a diversified industrial base. Historically, however, Argentina’s economic performance has been very uneven, in which high economic growth alternated with severe recessions, particularly during the late twentieth century, and income maldistribution and poverty increased. Early in the twentieth century it was one of the richest countries in the world and the richest in the Southern hemisphere, though it is now upper-middle income country.