Stoke up your wanderlust

Laos is a landlocked country in Southeast Asia. It is surrounded by Thailand, Vietnam, Cambodia, Burma and China.

It is approximately 236,800 square kilometers (91,400 square miles). That makes it a bit smaller than Colorado. The population in 2019 is estimated to be over 7 million people. The capital and most populated city of Laos is Vientiane. Currently, with a median age of 21.6 years old, Laos has the youngest population of any Asian country. Previous to being the Kingdom of Laos, in 1949, Laos had been a French colony. In 1975 there was a civil war that resulted in a One-party state under the leadership of the communist party. 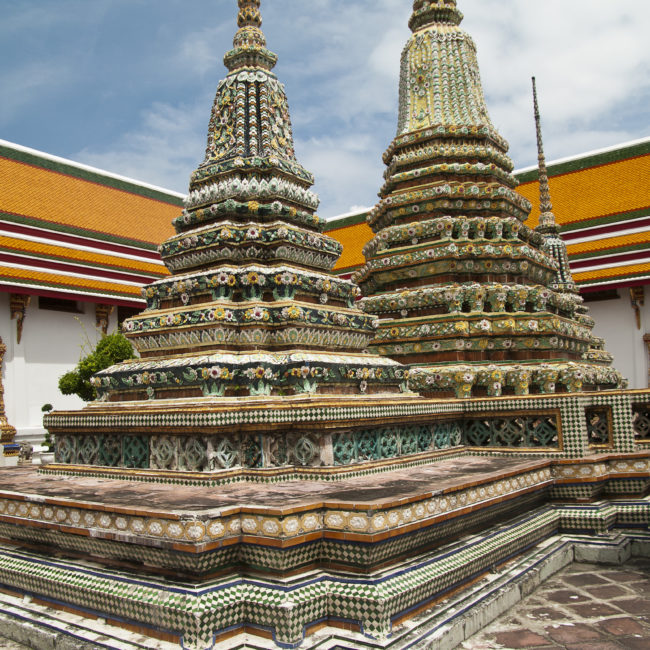 The CDC has issued a COVID-19 Level 2 Travel Health Notice for Laos, which indicates a moderate level of COVID-19 in the country. Commercial transportation to and from Laos is available on a limited basis. Visit the Embassy’s COVID-19 page for more information on COVID-19 in Laos.

If you decide to travel to Laos:

All travelers must present a passport that is valid for a minimum of six months from the date of entry and have at least two blank visa pages. Tourist visas are required, and can be obtained upon arrival in certain ports. These visas typically permit a thirty-day stay for the holder. Visas can be extended up to an additional sixty days through the Department of Immigration in Vientiane. If you want to get a visa in advance, you can do so via submitting an application to the Embassy of the Lao People’s Democratic Republic.

All travelers have all their routine vaccinations updated prior to entering Laos. Additionally, the CDC recommends that travelers also obtain vaccinations for yellow fever, typhoid, Japanese encephalitis, and cholera. Any travel clinic can provide the needed vaccinations.

Laos has a tropical climate. The winter, lasting from November to February, is made up of monsoons with cool evening temperatures. The summer monsoons bring high humidity and typically last from May to mid-October. Monsoons can vary in intensity and duration in both the winter and summer months. The hottest time of the year in Laos is from March to May (with highs of around 40/42 °C, or 104/108 °F). When traveling to Laos, we recommend that you pack clothes that dry quickly and waterproof shoes. Carrying a durable, light rain jacket will also definitely come in handy.

The country code used for calling into Laos is +856. There are many locations that will offer free Wi-Fi (such as hotels, cafes, and some tourist attractions) or Wi-Fi available for purchase. However, not all areas of Laos have Internet access. The same is true for mobile access across the country; meaning some areas will have wireless service while others may not.

There are certain areas of Laos that do not have access to power. The areas with electricity are supplied with 230 volts which cycles at 50 Hz. This means that it is best to purchase an adapter/ converter prior to departing for your trip, as they are necessary. Depending on where you depart for your trip to Laos, you may be able to purchase these items at the airport; alternatively, most electric stores in the US will carry what you need.

Whenever you are traveling abroad, you should make two copies of your passport, tickets, and visas. In addition to the originals, keep one copy with you in a separate place and leave the other copy with a trusted friend or family member at home. Additionally, it is a requirement in Laos to carry some form of legitimate identification at all times. Informing your bank and/or credit card company of your travels can help to eliminate any possible holds for fraudulent activity.

The official national currency in Laos is the Lao kip (K). There are three types of currency currently used in Laos, which includes the kip, the Thailand bhat (B) and the US dollar (USD). You can exchange money at the airport or any bank (for a small fee). The US dollar is widely accepted in many areas of Laos, so it is best to hang on to some US dollars in cash. Not many areas accept credit cards for payment, though some larger and more affluent hotels will accept them. There are ATMs in Laos, but it is important to be aware that there is a fee when you’re using these machines to withdraw cash.

The official language of Laos is Lao. The most widely used foreign language spoken in Laos at the moment is French, but English is becoming increasingly more common.

The primary religion in Laos is Theravada Buddhism. Unlike many countries, Catholics and Protestants only make up around 2% of the population. There are other minority religions present in Laos as well, such as Mahayana Buddhism, Bahá’í faith, and Chinese folk religions. However, with nearly 5,000 temples dedicated to Theravada Buddhism all across Laos, it is still recognized as the most prominent organized religion in the country.

The only legal political party in Laos is the Lao People’s Revolutionary Party (LPRP). It is one of the world’s five remaining communist states. The Prime Minister Thongloun Sisoulith is head of the government. The president is Bounnhang Vorachit. In Laos, all government policies are determined by the LPRP.

The United Nations designated Laos as the least developed country in the world. It relies heavily on foreign donations. The national per capita income is approximately $3,000. Agriculture dominates the economy in Laos, producing 51% of the GDP.